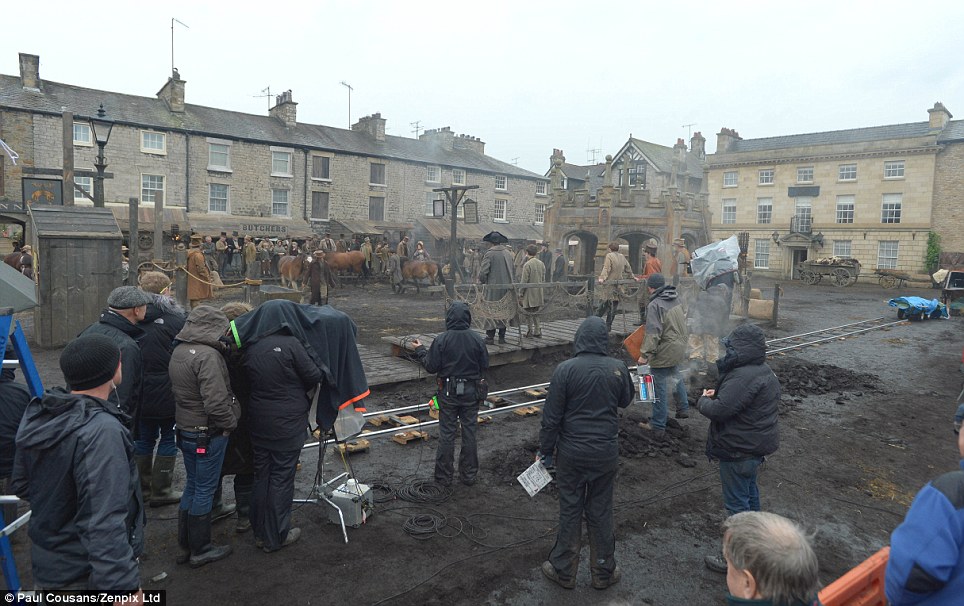 More period drama news from the BBC this week. Controller Charlotte Moore and drama controller Ben Stephenson, have just commissioned new productions of Lady Chatterley’s Lover, Cider With Rosie, The Go-Between and An Inspector Calls. Filming is already underway. All are set in the early 20th Century, and will have props masters sourcing set dressings from specialist props suppliers such as Stockyard Props. We are particularly strong on supplying period props to the TV and film industries, and work closely with props departments from all over the country. The latest BBC period drama, Jamaica Inn has been in trouble this week, but it is worth focusing on the production.

Sadly, the sound levels and diction in Jamaica Inn have been in the headlines this week, which is a great pity. The sheer hard work that goes into bringing a production of this scale to the small screen has been overshadowed either by problems with sound, or problems with diction, depending on who you believe. However, let’s look at some of the set dressing used in production and consider how the design team set the scene. The basic plot follows the struggles of young Mary Yelland, who moves in to the forbidding Jamaica Inn with her Aunt Patience, after the loss of her mother. She witnesses the innkeeper Joss, and his son Jem, run a ship aground and kill the shipwrecked sailors as they reach shore, in order to steal the ship’s cargo.

Daphne Du Maurier’s novel is set in the 1820s, and a strong rural period feel was needed. Bodmin Moor was used for the Inn scenes, and the scene dressing was generic early 20th century. The inn itself was a dark and forbidding set, with the stark interiors dressed with heavy, crudely made wooden furniture. The poverty of the living conditions at Jamaica Inn came across extremely powerfully. The sheer dirt and grime of the set conveyed this well. The sense of poverty and desperation was very important, as it provided the motivation for the murders that followed.

The other main setting for the action is the quaint Cornish town of Launceston. The producers felt that using Launceton itself as a location would present too many problems, as the town had become too modernised in their view. They chose to shoot the town scenes in Kirkby Lonsdale in Cumbria instead. Shooting in Kirkby Lonsdale was a huge undertaking, with period details and props filling the market square.

The aim was to recreate a 19th century horse traders town. Market stalls, carts, food and drink containers, barrels, sacks, saddles, horse tack and baskets created an authentic feel. The interior of the inn in the market square is dark and wood-panelled. The furniture is less crude than that in Jamaica Inn, but the pewter beer tankards are the same. Jamaica Inn itself was a far more basic hostelry.

Prison scenes in Episode Three required heavy iron doors, chains and iron handcuffs, and the dark interior of the prison was lit with torches. The scenes set on the beach where the ship had been run aground required a large number of maritime props and ships’ dressing. Aside from pieces of ships wreckage, there was the cargo – rum barrels, crates and trunks. In one scene Mary helps drag the cargo to shore by means of a huge ship’s rope. As you can see, Stockyard Props can supply a majority of the props seen in this production.

For clips from the making of Jamaica Inn, see the BBC website Jamaica Inn webpage.