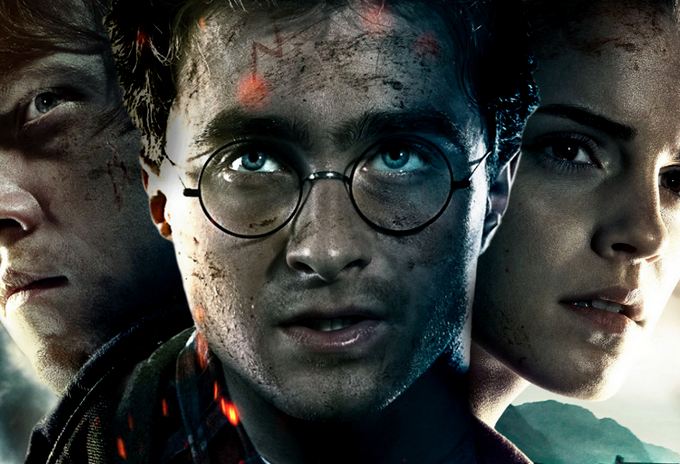 Warner Brothers filmed the Harry Potter films over a ten-year period at the Levensden Studios, in the UK. They filmed 8 movies in total, which required a vast number of props and workshops. Today, those studios have been turned into a very popular tourist attraction, which is a great place for Potter fans – or prop designers to visit. The displays expose the mechanics behind the productions and prop design, and give a real insight into how the scenes were managed and built. Five warehouses were needed to store and build props for the films, with areas devoted to departments such as the Creatures Department, The Animal Department, and the Visual and Special Effects Department. It is a masterpiece in Prop management, and well worth a visit. Here are just some of the things you will learn as you walk around.

The 1:24 scale model was based on a sketch by one of the production designers, Stuart Craig. The Art Department surpassed themselves, and the model takes up a huge room in the studios. The rooms inside are lit with 300 fibre optic lights, and real foliage and gravel are used in the grounds. 86 artists worked on Hogwarts Castle, and 50 sculptors, artists and painters maintained it throughout the eight film productions. The artists used Alnwick Castle and Durham Cathedral as inspiration, and several scenes were shot in these locations. The landscape around the castle is inspired by the Highlands of Scotland.

In the Great Hall the ceiling is covered in floating candles, which appear to hover effortlessly. The were originally just normal candles strung up on wires, but several came crashing down on the cast as they burnt through the wires. Eventually they were added to scenes digitally.

Most of the food in the Great Hall was artificial, but not all of it. With a cast of hundreds of children, the real food regularly needed replacing.

The furniture in the Harry’s Dorm is is typical of that in an old-fashioned British public school, but the set dressers used a range of different props as the series progressed, to reflect the age and interests of the characters. You can see period trunks under the beds, which we stock. Apparently the beds were not replaced, which led to the teenage actors in the final film having to scrunch themselves up to fit in.

One of fans’ favourite sets has always been Diagon Alley, where Harry buys his very first wand and tries butter beer. You can see the set as it appears in the movie, here. It has a classic Dickensian feel, with the cobbled streets, period shop fronts and signage combining to create the feel. Individual sets within shops add to the sense of the street as being a magical place, particularly Ollivander’s Wand shop. The props department worked overtime to produce 17,000 individually labelled wand boxes. Weasley’s Wizard Wheezes joke shop showed similar attention to detail. It contained 120 individually designed products, including Antigravity Hats, Nose Biting Teacup, Portable Swamp, Unlucky Dip and the Repeating Rabbit. You can see a full list of the items Weasley’s sold here.