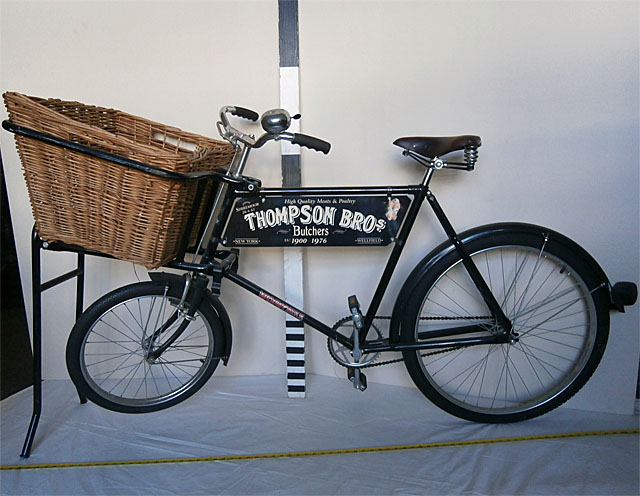 Everybody loves the movies and for many years now there has been a thriving and extremely valuable market for film related memorabilia and franchised products.  For some people though, such items are just not enough. Their quarry is items that have actually appeared in their favourite films and they are prepared to go to great expense to get them.  A thriving black market in film props exists to feed these collectors demands.

In May 2013, for example, props used in the films The Hobbit: An Unexpected Journey and The Lord of the Rings were stolen from a storage facility in New York State.  The items included two swords valued at an estimated $150,000 each and other items bringing the total estimated value of the haul to $500,000.

With the advent of online auction sites moving stolen props on has become relatively easy, although it is not a failsafe route.  Recently, police in the UK were called in to investigate the theft of props from the Harry Potter movies after items – including a wizard’s hat and three gold coins – were taken from the set of the film and appeared for sale on the web.

Prop theft isn’t a new phenomenon, however. Over the years some iconic film items have been ‘liberated’ in suspicious circumstances.  Here are three of the most celebrated examples of prop theft.

It is thought that six or seven pairs of Dorothy’s ruby red slippers were made for the 1939 film The Wizard of Oz. The whereabouts of four pairs, including one in the Smithsonian is known, but what of the others? One pair was actually stolen from The Judy Garland Museum in Minnesota, one night in August 2005. Following a tip-off, the police raided a house in Illinois expecting to find the shoes – allegedly displayed openly in a glass case. They were out of luck. The slippers remain at large and the case open…

When thieves stole three custom motorcycles from storage they may not have realised what they had hit upon. Four bikes were built for the film Easy Rider – two of each of the iconic machines ridden by Peter Fonda and Dennis Hopper; one version of the Captain America chopper ridden by Fonda was destroyed during filming, and it was the remaining three that were stolen. At the time of the theft, the film had not been completed and the bikes were not yet famous.  The thieves left the damaged Captain America bike, which was later restored, and now resides at the National Motorcycle Museum in Anamosa, Iowa.

Even Bond is not safe from the bad guys… For the 1974 film The Man with the Golden Gun, James Bond pits his wits against expert assassin Scaramanga. Charging $1 million per hit, the villain can afford some fancy hardware and uses a solid gold gun that can be disassembled and disguised as everyday items like a cigarette case, a lighter, a pen, and a cuff link. Three prop versions of the gun were made —one that could be taken apart, another that couldn’t and a third that could fire a blank round.   One of the guns went missing from its display case at Elstree Studios in Hertfordshire, England in October 2008. The prop has an estimated value of £80,000 ($117,000) on the collector’s black market but has not yet been traced and the police remain without any leads to follow.